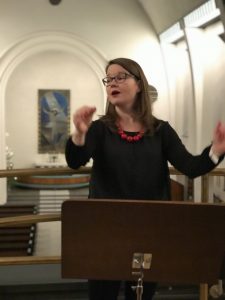 The Iisalmi Kalevala Choir, founded in 1943, is a both traditional and youthful Finnish female choir. Its wide-ranging repertoire includes national romantic, Karelian, modern, sacred as well as popular music. The choir has been successful in international chorus reviews both domestically and abroad. Members of the choir perform and compete in smaller ensembles as well. Over the years, the choir has performed in China, Dvina Karelia in Russia, Germany, Italy and the USA. It has also released three albums. The Iisalmi Kalevala Choir was chosen Female Choir of the Year 2008 by the Finnish Female Choir Association.